Scan the code to call us

How do we extract granite from our quarries? 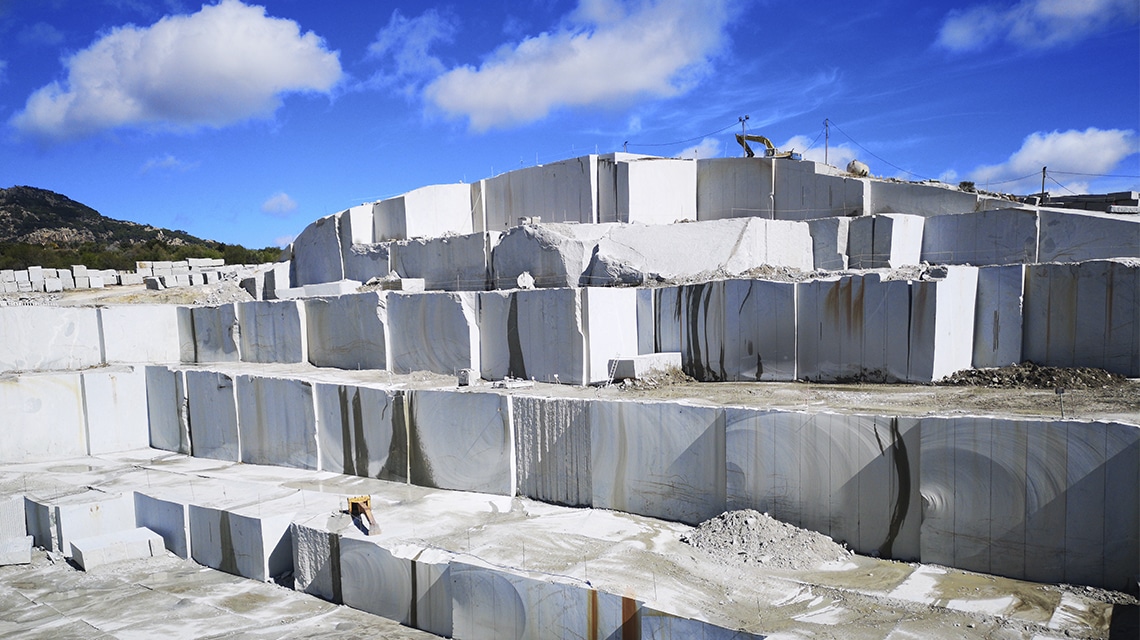 An essential material for mankind since prehistoric times. Its presence in our daily lives, both in our homes in kitchen or bathroom worktops, and in cities, in paving, street furniture or sculptures, means that we are very familiar with it. But have you ever wondered how we separate the mass of granite from the mass of the mountain?

Granite is a plutonic igneous rock formed by the slow cooling of magma at great depths in the earth’s crust. It is made up of various minerals such as quartz, feldspar, mica, iron-titanium oxide or zircon; the first two being the essential minerals that give it great hardness and resistance to abrasion.

Throughout more than 50 years of experience in the sector, at Marcelino Group we have been modifying our way of extracting granite, using the most advanced machinery at all times.

The granite is extracted directly from our quarries, generally in the open air, and its extraction can be divided into several phases:

In the initial stage, the so-called “primary cutting” has been perfected over the years. It consists of separating the rock mass from the mountain; until 1975, this extraction was carried out with explosives used directly in loose massifs, with the consequent waste of a large part of the raw material.

Between 1975 and the 1990s, the thermal lance was introduced, which was a blowtorch with a flame of 1,000 degrees centigrade applied directly to the massif. A groove 10 centimetres wide was made to disintegrate the granite. This technique is much more effective in extraction but very rudimentary, as it was used manually by the user and produced a lot of noise.

It was from the nineties onwards when diamond wire began to be used, thus making better use of the material, allowing automatic work and avoiding noise pollution.

After the primary cut, comes the second stage or “secondary cut”, where we make the blocks. Until 1980, drilling was carried out directly by hand by the operator with a hammer drill, which produced a lot of noise.

This mechanism was perfected years later with the appearance of multiple drilling, which consisted of attaching a grid with three or four hammer drills to a backhoe excavator.

The first versions were pneumatic, using compressed air. They made the work considerably easier, but they were very noisy and we depended on the air compressor.

From the year 2000 onwards, this technique was improved with the incorporation of the hydraulic multi-drill. This one has the same system but is totally autonomous, which facilitates mobility and causes less noise pollution.

Once the material is extracted, the next step is to load the granite blocks. Until 1980, the blocks were loaded using fixed cranes. Years later, different implements were incorporated into the front loader which improved both the technique and the working conditions. Before 1980, it could take up to 2 hours to load a lorry, but thanks to the improvement in the implements, today we can do the same job in 5 minutes.

Once the granite has been loaded, it is transported to the factory where the blocks are cut to the sizes and finishes required for each of our projects.